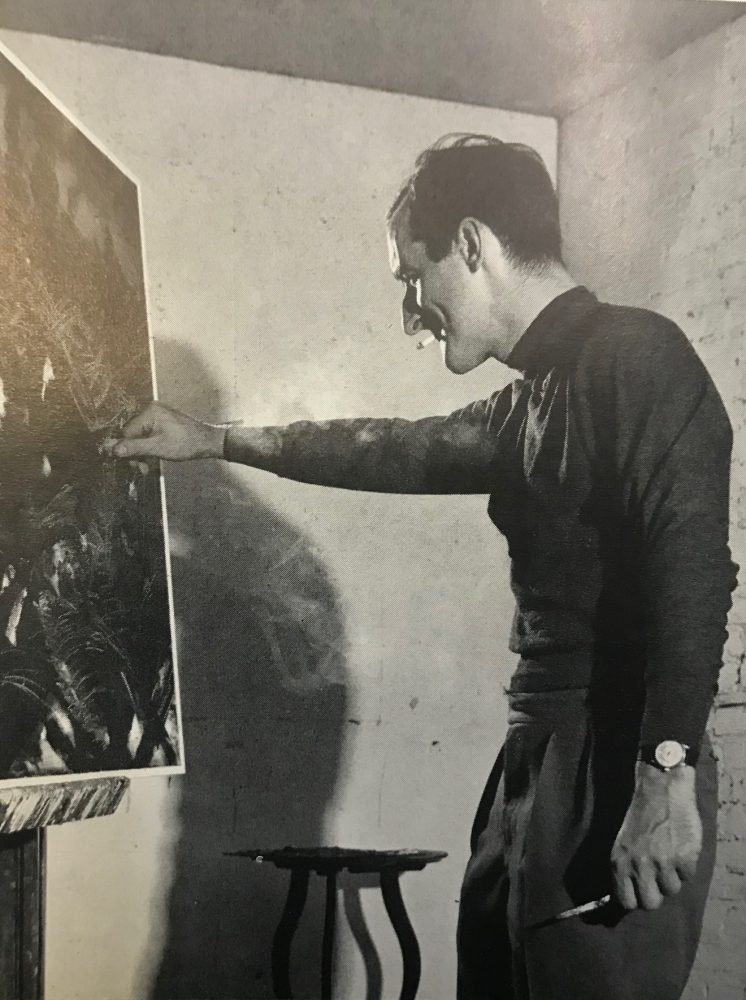 Claude Picher (1927-1998) is born in Québec city. After studying at the École des beaux-arts, he enrolled at the New School of Social Research. After receiving a grant from the French Government, he stayed in Paris for two years (1948-1949) and attended the École du Louvre and the École Nationale supérieur des beaux-arts.
He was successively Exhibition Director at the Musée du Québec (1950-1958); representative at the National Gallery of Canada for the Eastern Region (1958-1962), and assistant director at the Musée du Québec (1963-1964). In 1973 he represented Canada at the 5th Biennal of Canadian painting at the Commonwealth Institute, in London, England. In 1979, he exhibited in the same city with the Elisabeth T. Greenshield Collection. Four other group exhibitions were held in London (England), Paris, Madrid, and Düsseldorf (Germany), with the O.J. Firestone Collection.

Honors: 1st prize, drawing and painting (1941-1946) at the Exposition Provinciale de Québec; 1st prize, Salon du Printemps, Montréal Museum of Fine arts (1956); 1st Canadian artist to receive a grant from the Salvador Dali Foundation of the Bryn Mawr University in Pensylvania (1958). In 1960, he became a member of the Royal Canadian Academy of Arts and an associate member in 1973; and represented Canada at the 2nd Biennale Internationale in Paris (1962).