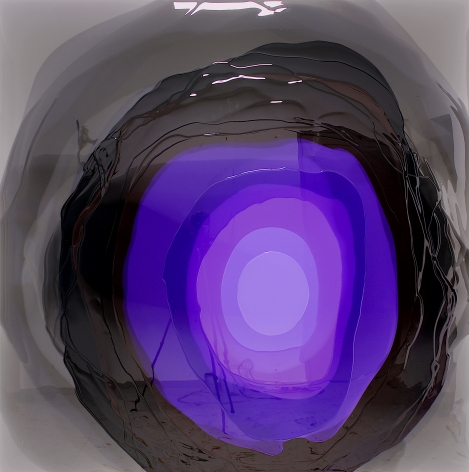 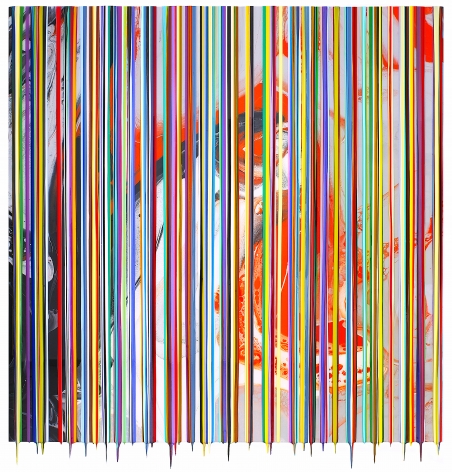 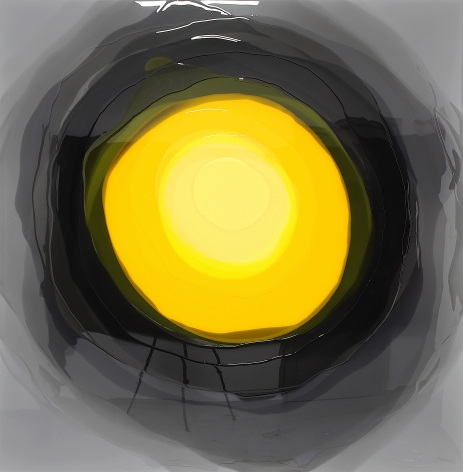 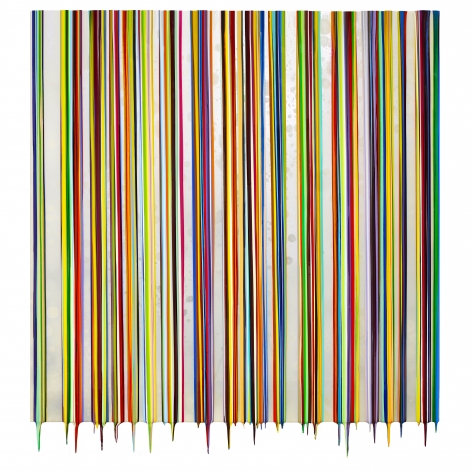 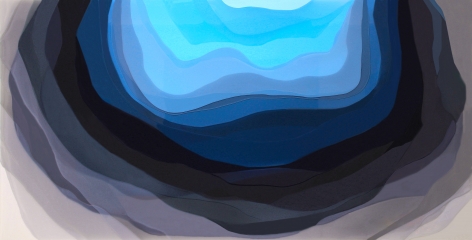 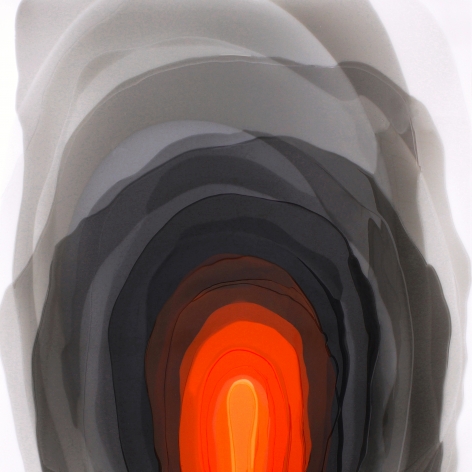 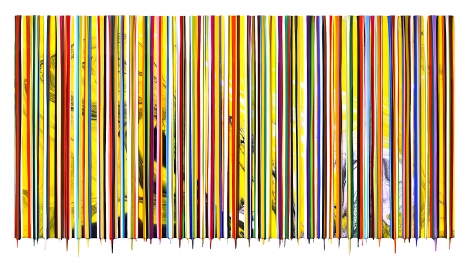 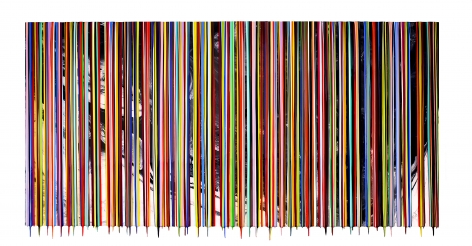 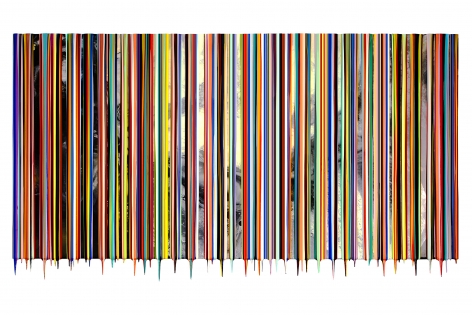 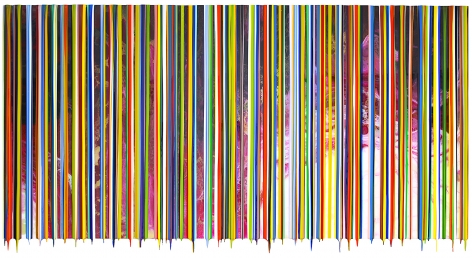 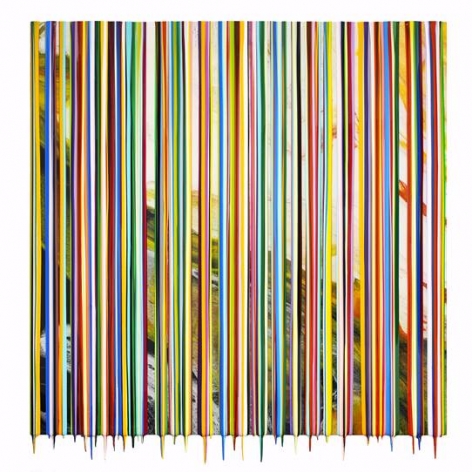 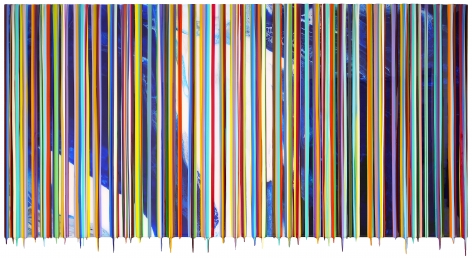 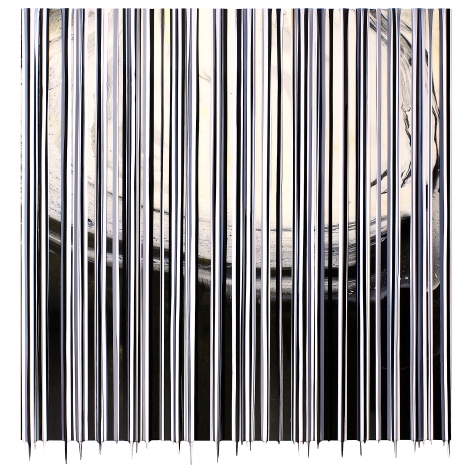 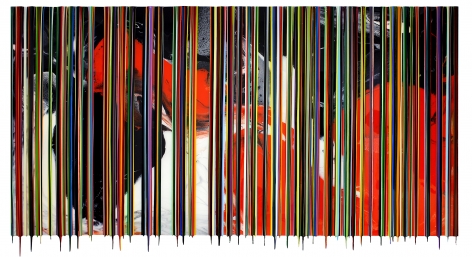 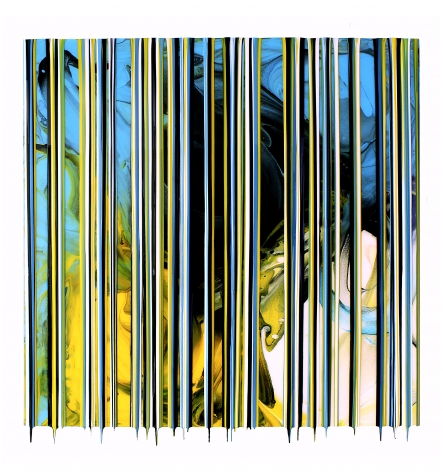 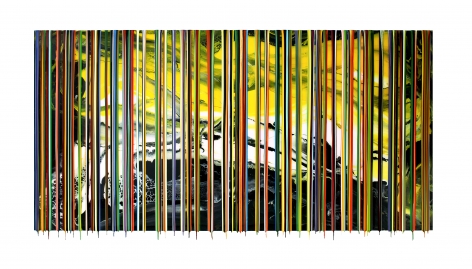 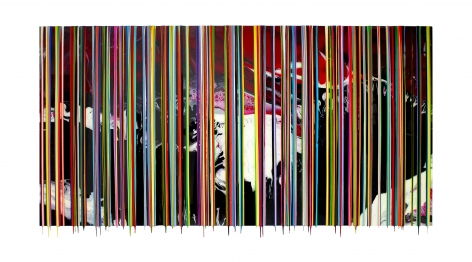 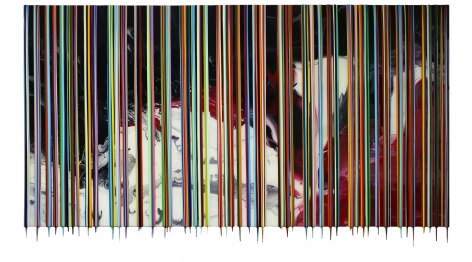 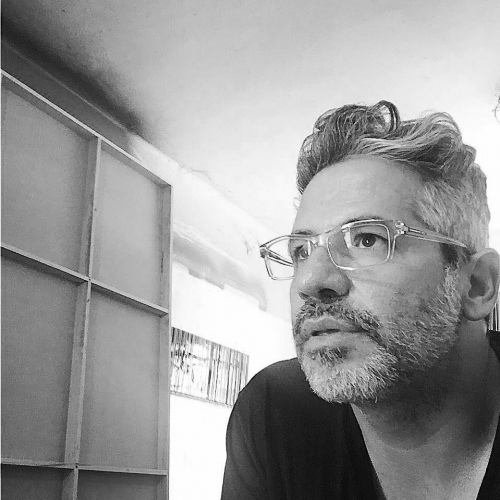 Valverde was teaching traditional techniques and large-format painting at Morelense Center for the Arts (Centro Morelense de las Artes), when he was inspired by his students’ search for their individual expression, which leads to his own quest in his artistic practice. He then began working on large scale works using bottle dispensers filled with colorful synthetic materials instead of traditional paints and brushes. His goal was to re-create the essential element within drawing and painting: the line. The resulting lines were imperfect and denied the traditional representative characteristic of a line, or what Francisco describes as “righteousness.” These paintings form a rhythmic structure in which a certain order persists. Valverde’s pigmented resin works are comprised of powerful lines with direction, mysterious forms, and varying depths to create a story. Obsession and freedom are two words that Valverde uses to describe his current work: the obsession of daily routine, and the freedom of experimenting as a child drawing and scribbling on a piece of paper for the very first time. He recognizes that a certain commitment to tradition survives in the smooth finishes of his paintings.

Francisco Valverde obtained a BA in Fine Arts at the University Art Center College of Design in California. He has participated in numerous international solo and group exhibitions and has been included in the 2004 and 2016 Rufino Tamayo Biennial at the Contemporary Museum Rufino Tamayo (Mexico City). "(IN)organicus" will be his first exhibition in Canada. 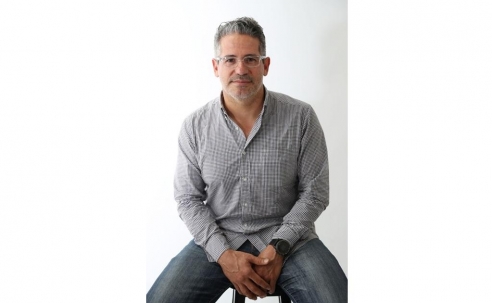 Francisco Valverde, one of the winners of the Tamayo Biennal explores the subject, experience and movement with his work.
"I'm not saying 'no' to conceptual art at all. I say'no' to the phobia of painting, to those who think that, because it is painting, then no. From the outset, I believe that true art is a concept. And I see two extreme positions: those who believe there should be no painting because it si not a current discourse, and thiose who believe that only the old is worth it.
This is how the painter Francisco Valverde speaks, who with the piece "Monday afternoon" became one of the three winners of the XVII Rufino Tamayo Painting Biennal. 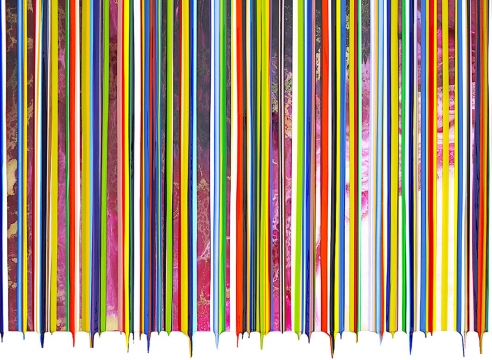 Francisco Valverde
(In)Organicus @GLR24 May 2019
Back To Top