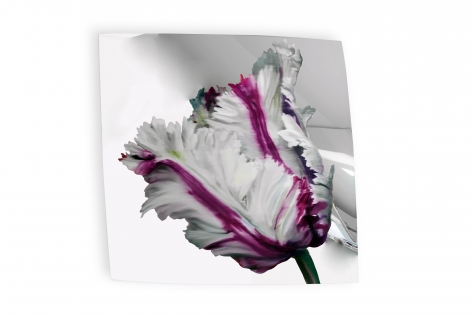 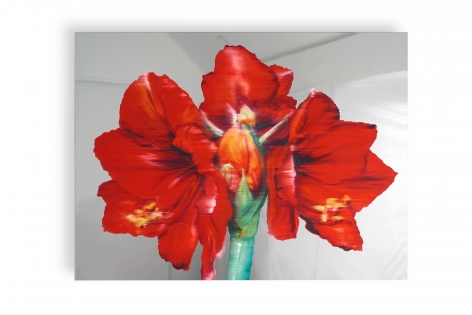 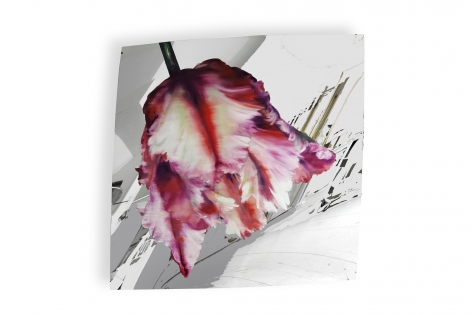 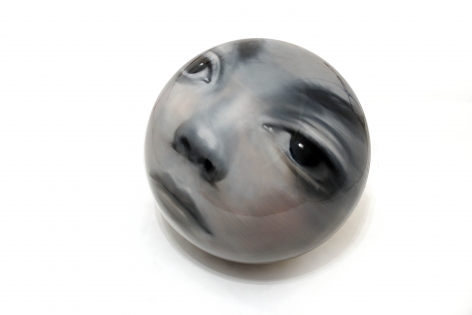 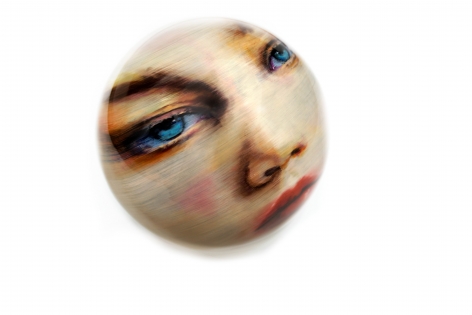 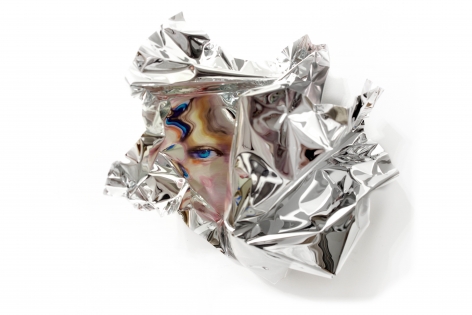 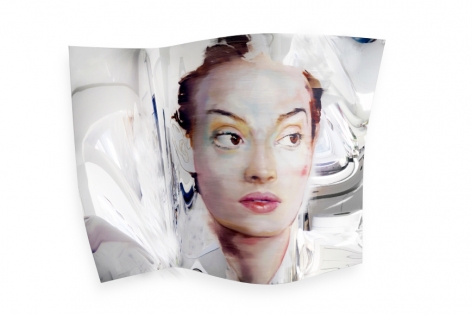 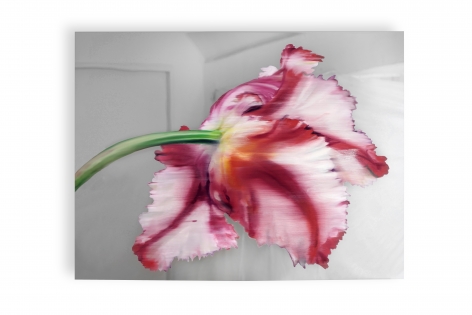 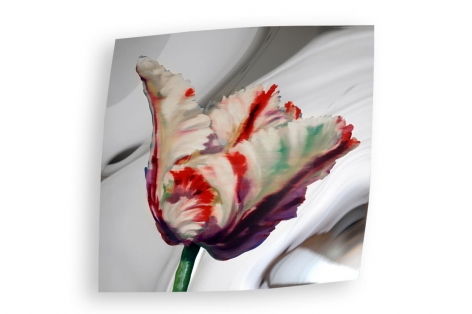 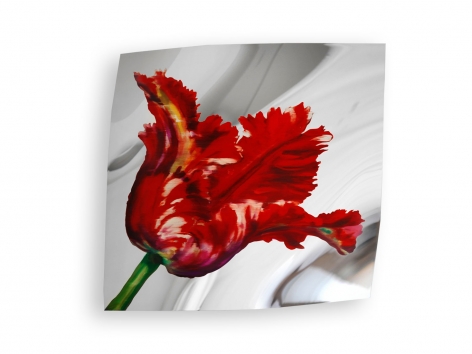 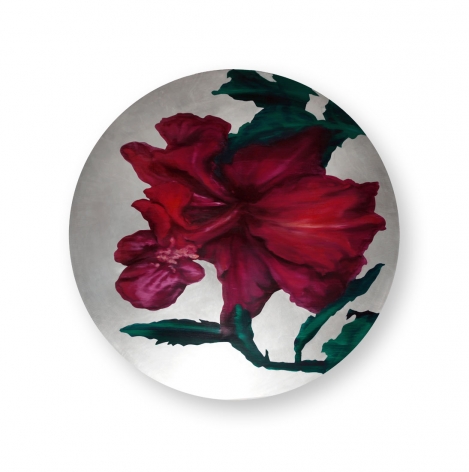 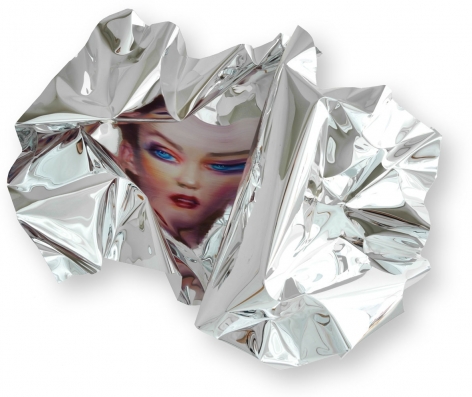 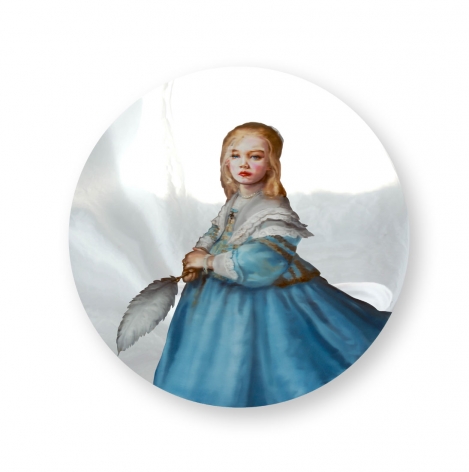 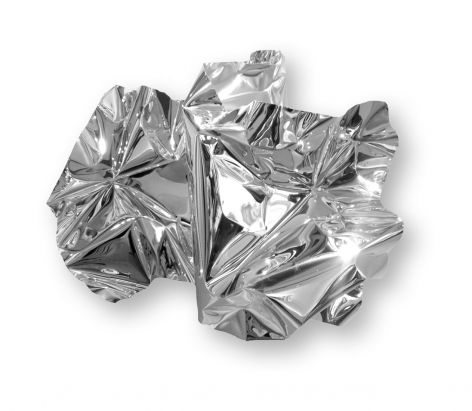 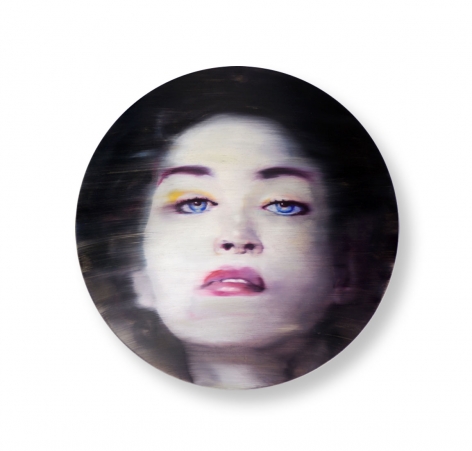 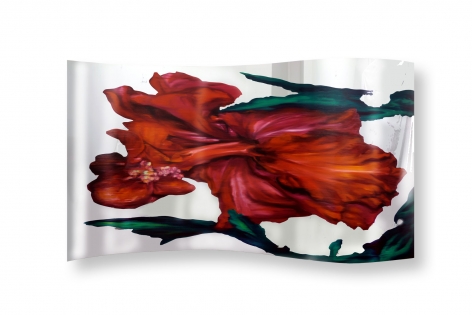 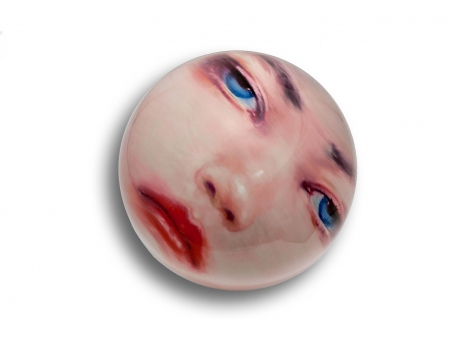 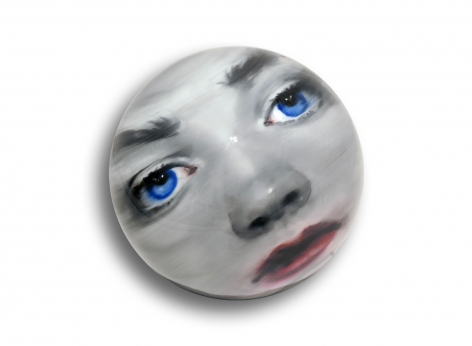 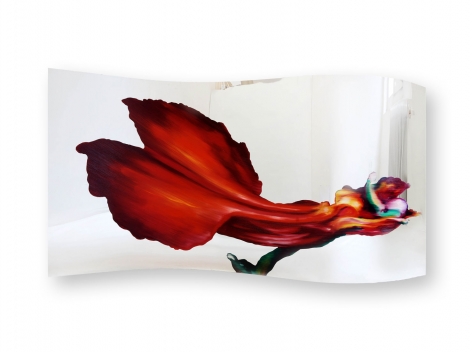 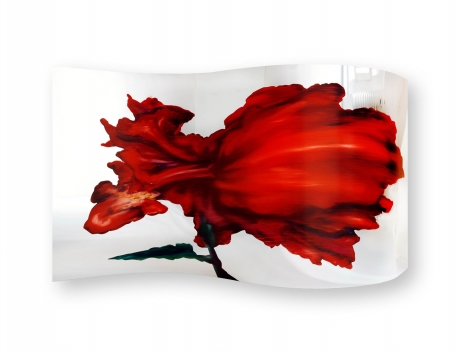 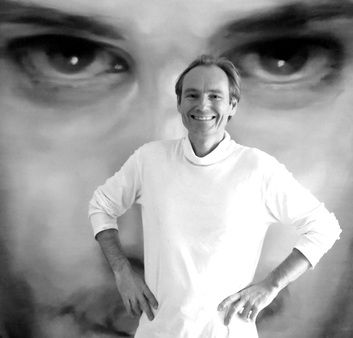 Martin C. Herbst is an Austrian painter whose work focuses on the re-evaluation of historical themes, classical portrait theories, and the human figure. His wish is to reinterpret the traditional paintings of the great portraitists in the history of art, such as Parmigianino, Velasquez, and Rembrandt, in a modern and thoughtful perspective. Martin C. Herbst realizes sensitive interpretations of different models, depending on his own state of mind at the time he paints. Having acquired the habit of producing several versions of the same portrait, we can perceive the evolution of the emotional state of the artist through the representation of the same figure. There is, of course, a certain notion of homage found in the works of Martin C. Herbst, since by taking up these known figures he proclaims highly the value of the manner and touch of the artists he cites.

In the Spheres series, faces appear on one-half of mirror-polished spheres and look like mysterious moon faces. The artist uses highly polished stainless steel spheres and paints a distorted face on one half. The other half of the sphere remains unpainted and functions as a powerful distorting mirror. This series is inspired by a famous painting of the Italian Mannerism, Parmigianino’s Self-portrait in a Convex Mirror.

In the sculptural series Hidden Treasure, painting and mirror are amalgamated, transforming tangible paint into an ephemeral and virtual manifestation. As a result of the complex folds in the mirrored aluminum, most of the actual painting is only seen in its reflection. The painting seems to take life and even become animated because the part of the mirror producing the reflection is uneven. As soon as the beholder begins to explore its secrets by moving from side to side, the work unfolds a surprising array of subtly shifting reflections of the painted image.

Oil painting offers Martin C. Herbst an ideal opportunity to paint historical connotations of art. Using aluminum rather than a more traditional canvas as an image support, it automatically evokes the contemporaneity of his painting. The reflective and non-absorbing properties of aluminum thus allow the release of the oil paint, which now exists independently of the substrate on which it is applied, creating a dematerialized effect that suggests a painting of renewed purity. Reinforced by the artist's expressive and characteristic touch, a new tension appears between traditional painting, photorealism and the electronic image.

In the Garden of Delights series, flowers make a grand entrance in the staging of large panels. The curved background’s mirrored surface produces permanently shifting distorted reflections of the beholder and the space around the painting. The flower seems animated because our eye and brain cannot process the perception of an image deriving from a solid object in which parts change dynamically and others remain stable.

Paintings on flat aluminum plates and paintings on canvas were the starting point of Martin C. Herbst´s artistic career and still play an important role in his work with the series Maria Magdalena, Bella and others. 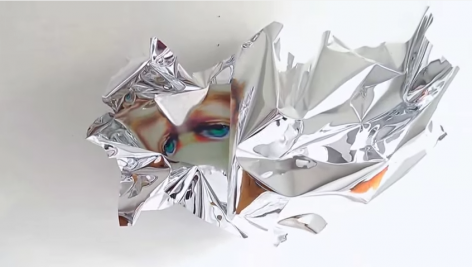 Martin C. Herbst‘s “Spheres” are transforming, painted faces on stainless steel spheres, seemingly shifting expressions as viewers move the pieces or their perspectives. The artist was inspired by Parmigianino’s 1500s painting “Self-portrait in a Convex Mirror,” known for its distorted effect. 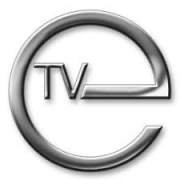 Vienna, Austria based artist Martin C. Herbst embraces distortion in his paintings, spanning from flat, wavy, and convex surfaces to the rounded shapes of stainless steel spheres. In his ongoing series on folded aluminum, Herbst presents classical portraiture in a new and unconventional way. This body of work is in part inspired by Mannerism, specifically the work of Mannerist painter Parmigianino, whose style emphasized elongated proportions and highly stylized poses with no clear perspective. In the 16th century, all mirrors were convex, and when Parmigianino looked at his reflection to paint his “Self-portrait in a Convex Mirror”, everything appeared distorted. 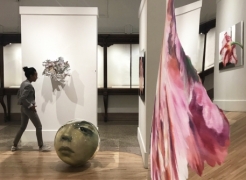