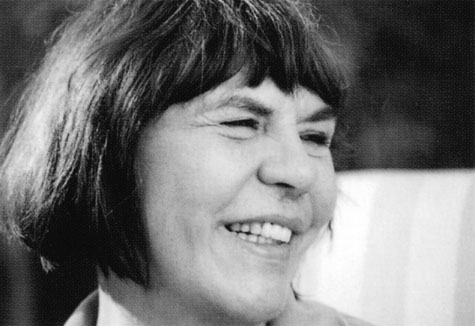 Rita Letendre registered at the École des beaux-arts de Montréal in 1948. She remained at the school for a year and a half and recalls that her departure was precipitated by one of her teachers who saw no point in her seeing an exhibition of the work by embers of the Automatistes. Letendre became one of the second-wave of Montreal artists who emerged after the Automatistes in the early 1950s. She began to visit New York City, and the resulting work shows an increase in the gestural quality of her paintings. From 1962, Letendre spent almost two years in Paris, Rome, and Israel.

They reflect a movement away from the organic forms that she had been using to the more hard-edged geometric forms that she would become known for in the 1970s. She became interested in working with the wedge shape and a flat paint technique while she was doing a large outdoor mural for the University of California; the impasto that she had been using up to the time, made little sense on a grand scale. It is interesting to note that after a number of years of working with geometrical abstraction, Letendre would return to the expressionist forms for which she first became known. Pastel would lead her back to oil paint and the directness of the medium that she was no longer feeling with the airbrush technique. Her latest work, now fifty years after her initial foray into abstraction, are broad, expensive expressions of light and color. Letendre is a tour de force in Canadian painting.

Her early abstract work from the mid-1950s period were grids of color moving across the paper. The tiles of color are applied in short gestural paint strokes. In these works, Letendre seems to reject the spontaneous visual record found in work by the Automatistes for the more organized and controlled composition of the grid. The steps that led from the figurative work that she was doing at the École des beaux-arts next led to bold abstractions more expressionist in nature.

In New York, her works demonstrate Letendre’s move to working with a palette knife and spatula. As the years progressed, so too did the expressive nature of Letendre’s paintings.

In the 1970s, Letendre was particularly interested in the conflict created by the large masses within the confines of the composition; she saw them as “prisoners struggling to free themselves”. The wedge shapes are an obvious precursor to Letendre’s vibrating narrow lines that would culminate in points.