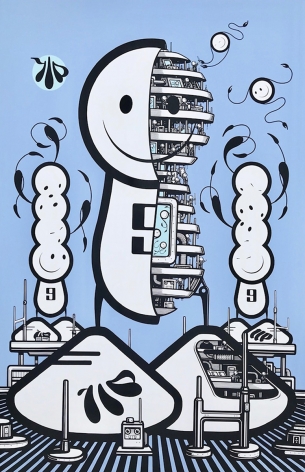 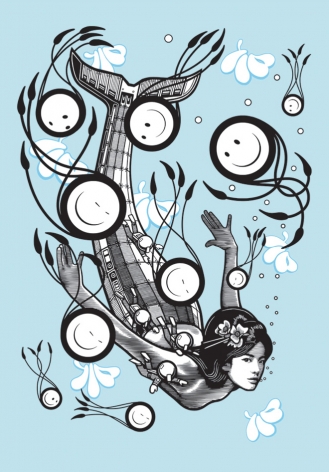 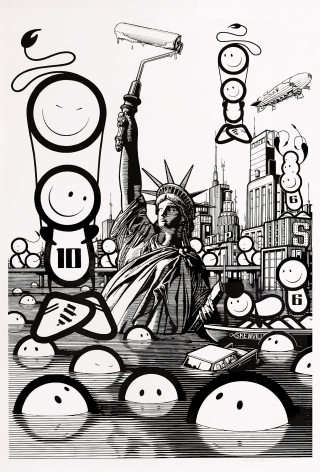 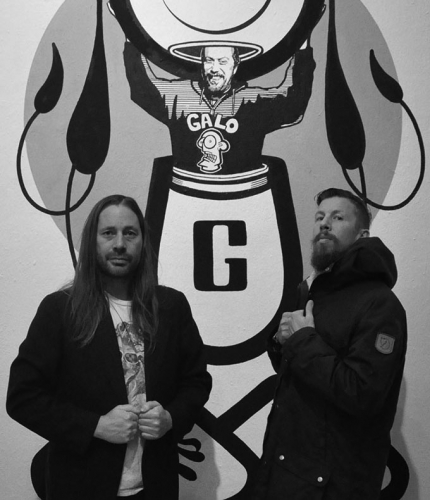 The London Police is an artistic collaboration between Chaz Barrisson and Bob Gibson that started in 1998 when the artists visited Amsterdam to rejuvenate the visually disappointing streets of the drug capital of the world. The artists display art that is illustrative and innovative in its expression.

They were part of a small group of artists at the end of the last century that helped pioneer a new street art movement. After a few years of mixing traveling and making art in the street, The London Police began to receive worldwide recognition for their contribution to the graffiti and street art movements. They were included in many books documenting the scene and invited for shows and live drawing performances all over the globe.

From 2002 onward, The London Police started sending missionaries across all corners of the globe. London policemen have come and gone but the founding members are still known to walk the streets of every city in the world, spreading the love with pens and stickers. Chaz Barrison draws the iconic LAD, a little smiley-face guy, that the crew is so well-known for. The other half of the duo, Bob Gibson, draws portraits and architectural illustrations.

In 2010, Bob Gibson returned to The London Police after five years of touring with indie band MOSS. And so the original founding members re-embarked on their quest to combine making artwork and traveling the globe. “Never be scared, don’t be a hero and let the good times roll.” is the artists’ motto.

The London Police also enjoy making short films, photography, installations, and music. Their work has adorned buildings and galleries in more than 35 countries, such as England, Holland, Singapore, Italy, Norway, Slovakia, the United States, among others.