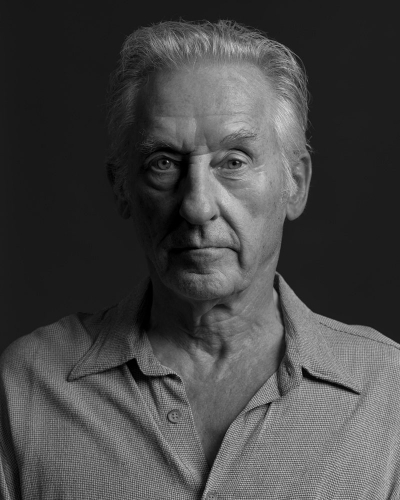 Edward Ruscha is an American painter, producer and photographer born in 1937 in Omaha. Famous for his important involvement in conceptual art and pop art, Edward Ruscha is also known for his artist books in the 60's.

Straight after obtaining his diploma, Edward Ruscha worked for a famous printer of Los Angeles. This experience gave him the brilliant idea and decision to use the book as a medium on its own in fine art. Edward Ruscha dedicated his first photographs to these books about American artists.

Without any artistic pretentions, these photographs are deliberately banal themes and techniques, the lack of style is openly claimed. Inspired by the "American Way of Life", Edward Ruscha published a series of book, which represent snapshots of gas stations, buildings, or Californian palm trees.

For Edward Ruscha, highly influenced by abstract expressionism artists (R. Rauschenberg, J. Johns, M. Duchamp), photography represents a good way to express his inspirations that could have been too invasive in painting.

Edward Ruscha’s works of art were exhibited in 1962 at the «New Painting of Common Objects» exhibition at the Norton Simon Museum in Pasadena. Exhibition that was one of the first of the pop art movement exhibitions in the United States.