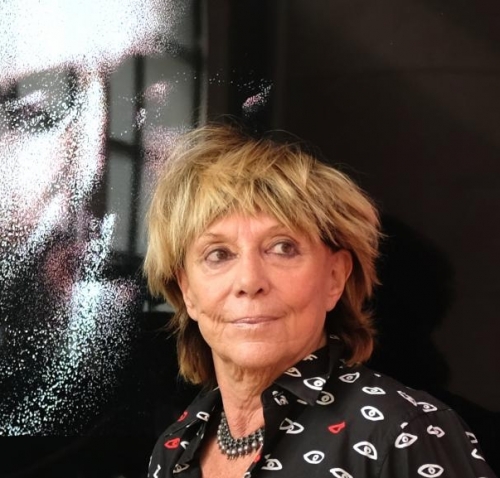 Since 1980 Catherine Ikam has been working on the concept of identity in the electronic age, and in particular on the themes of identity and appearance, the living and the artificial, the Human and the model. She is one of the pioneering Européan artists in the field of new technologies. In 1980 she created for the Museum National d’Art Moderne, Centre Georges Pompidou (Paris ) installation on the theme of identity-based on various problematic instances of self-representation: in Fragments of an Archetype and Identité III she introduces fragmentation in video installations (cf Nam June Paik, Videocryptography).

Catherine Ikam has been a Research Fellow at the Massachusett's Institute of Technology, author and producer of tv programs for the French public Television, co-author of Valis, a video opera produced by the IRCAM and the Museum d’Art Moderne for the 10th Anniversary of the Centre Georges Pompidou in 2000. She was awarded the Arcimboldo prize for digital art and her work is widely shown both in France and abroad. She was the guest artist at the Banff Centre for the Arts (Canada) and taught at the French Studio National des Arts Contemporains (Le Fresnoy), where she produced “Digital Diaries”.