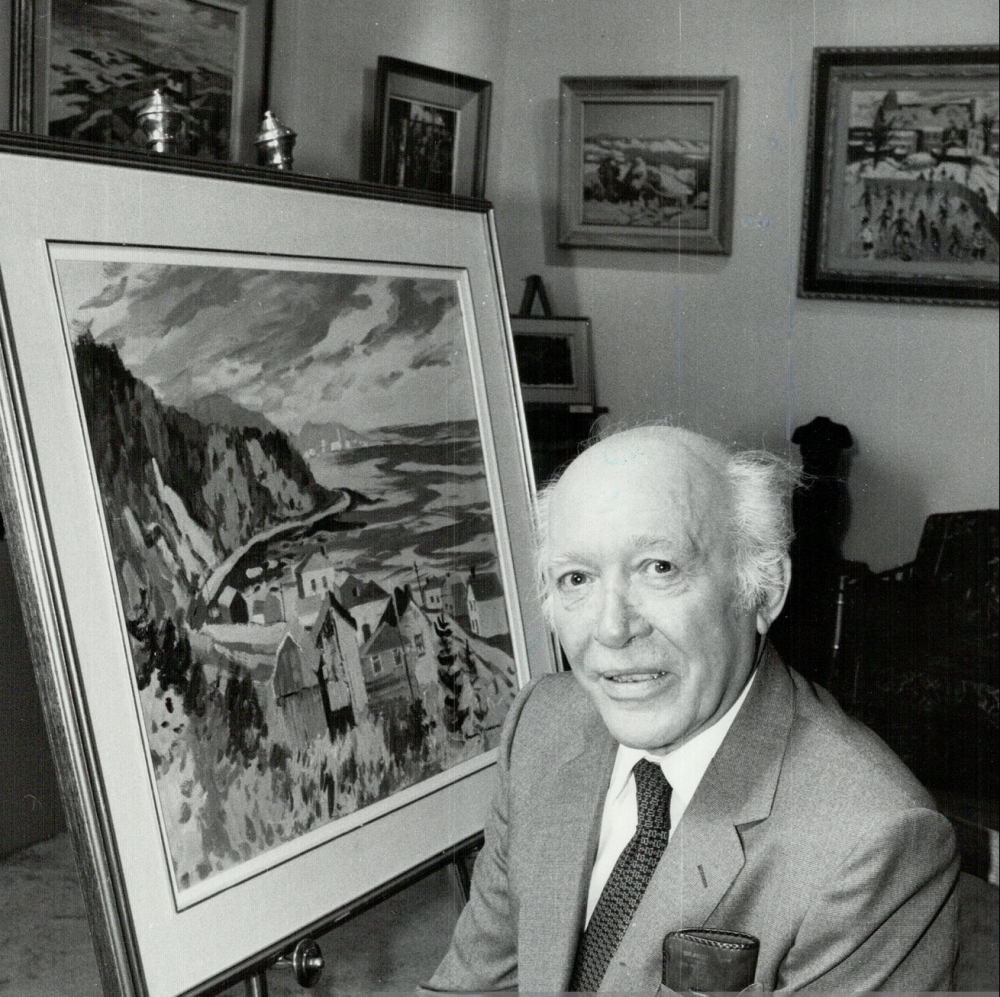 Henri Leopold Masson was born in 1907, in Spy, close to Namur in Belgium. He showed an early interest in art and immigrated to Ottawa in 1921 with his mother. In 1923, aged 16, he apprenticed in a metal engraving shop and by 1932 became a master engraver. He attended classes at the Ottawa Art Association and discovered the Group of Seven at the National Gallery of Canada, and their work inspired him to develop his own colorful style. His subjects included landscapes, still life and interior scenes, figurative work and townscapes.

In the 1940s he participated in various exhibitions in Toronto, Ottawa, Montreal, New York and Paris, including his first one-man show in 1938 at the Picture Loan Society in Toronto. He became a member of the Canadian Society of Painters in Water Colours, the Canadian Group of Painters, the Canadian Society of Graphic Arts in 1942, and in 1945 was elected president of the Ottawa branch of the Federation of Canadian Artists. By 1945 he was able to paint almost full time while teaching various summer classes and private lessons from his home. In 1954 he had his 25th solo show at Robertson Galleries in Ottawa, had an exhibition at the Montreal Museum of Fine Arts and a solo exhibition at the Foyer de l'Art et du Livre, Ottawa.

He traveled and exhibited extensively in the last half of his life, visiting Belgium, Paris, Italy, and Russia. He died in 1996. Masson is represented in collections of the National Gallery of Canada, Ottawa, the Art Gallery of Ontario, the Winnipeg Art Gallery and the Vancouver Art Gallery, among many public and private collections.