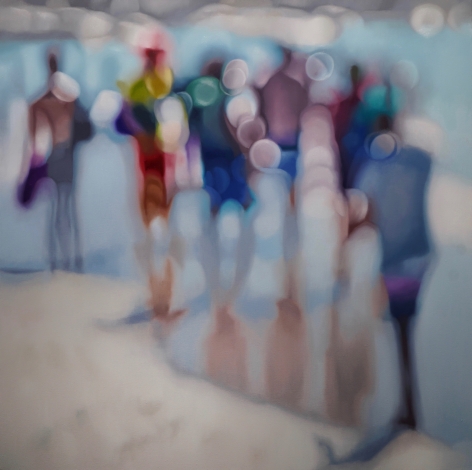 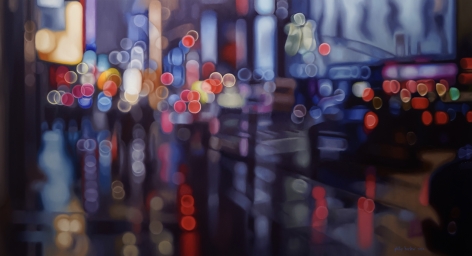 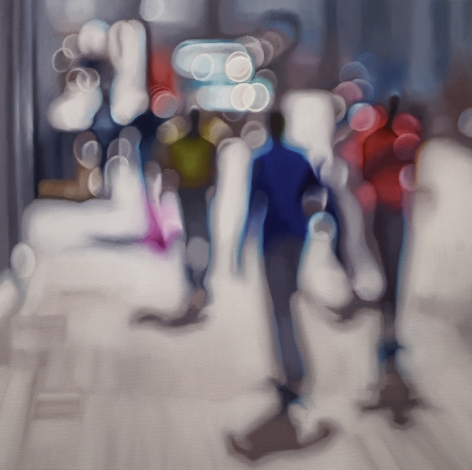 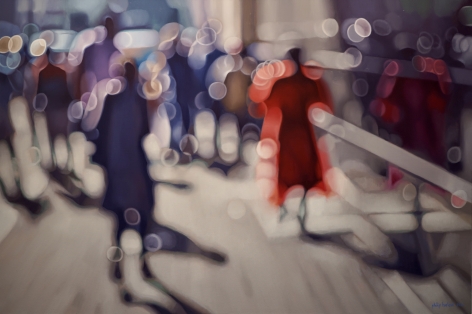 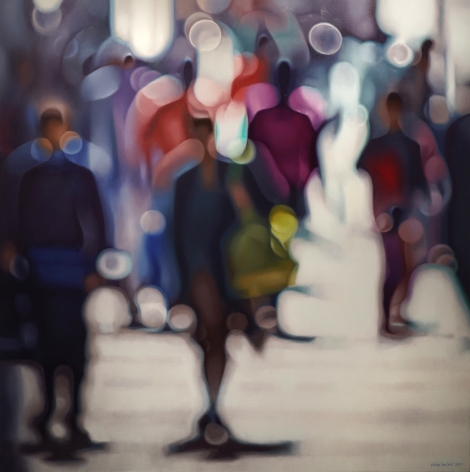 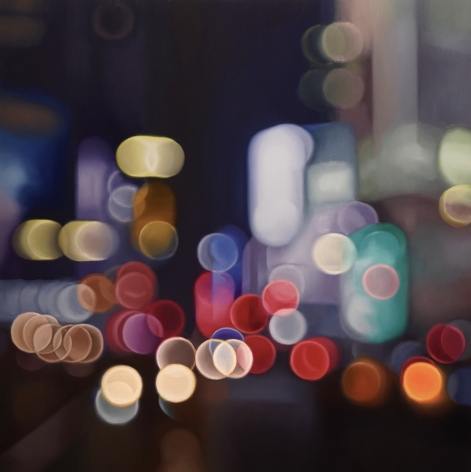 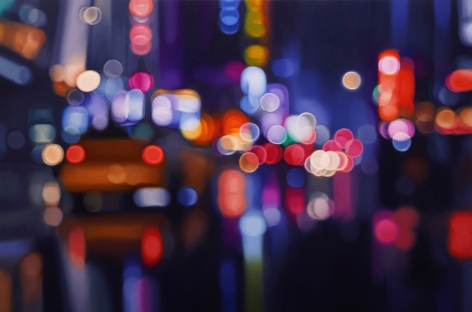 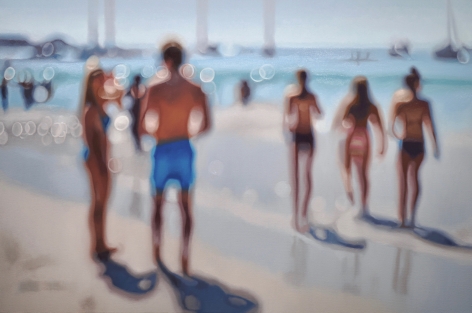 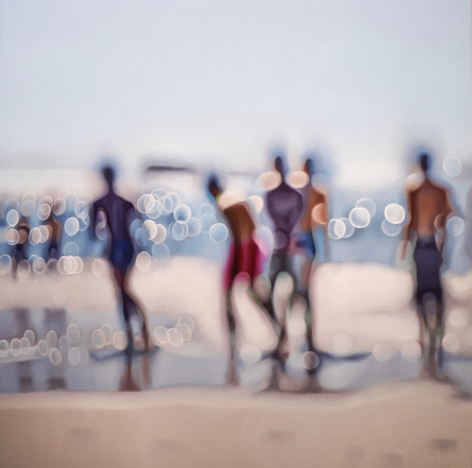 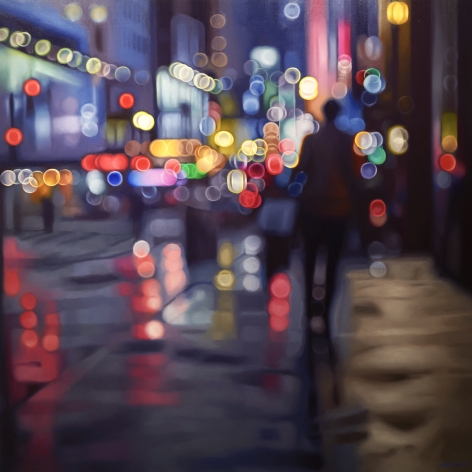 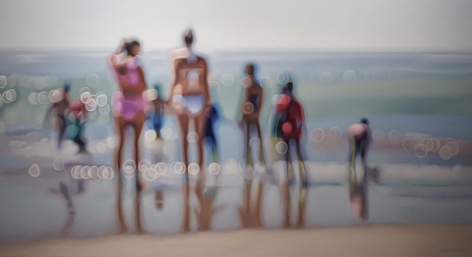 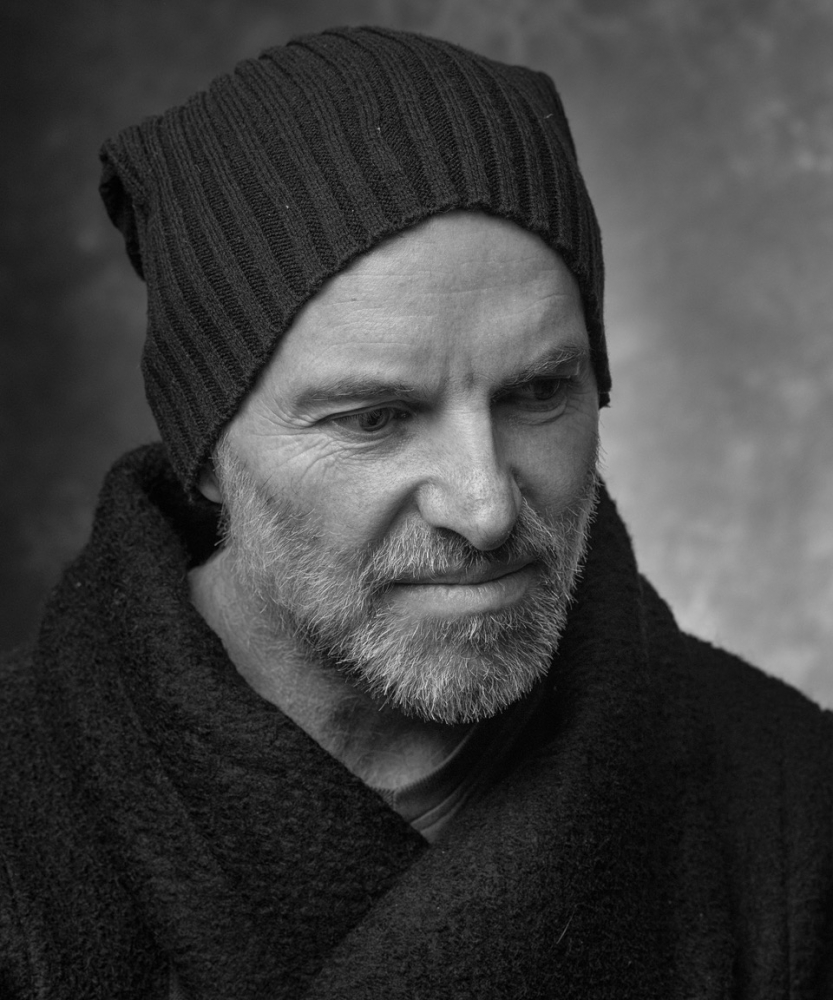 Philip Barlow was born in 1968 in Pietermaritzburg, South Africa. He has a passion for light, color and the drama that unfolds in a city. After painting in the same style for 16 years he feels he has honed and is beginning to perfect what he first started exploring all those years ago.

Philip reminds us that even in a broken world, where people often have lost hope, corruption is rife and cynicism dwells we still have hope and beauty do exist. His primary intention is to lift the eyes and to elevate a moment that is seemingly ordinary. He endlessly discovers and explores the beauty and the sublime in the mundane. He uses his camera to capture that elusive moment when the magic happens and shape, form and color relations dance like jewels. He plays with abstraction but continues to explore realism and keep us close to the recognizable, his intention is never to alienate but to rather invite the viewer into the image.

Philip sees the photograph he takes like a muted film and the completed painting as the same film with sound and music.

Born 1968 in Pietermaritzburg, Barlow graduated in 1990 from the Nelson Mandela Metropolitan University in Port Elizabeth with a Diploma of Graphic Fine Art (Printing, Stained Glass and Photography). He has shown in numerous exhibitions locally, as well as in the USA and in Greece. Barlow currently lives and paints in Riebeeck Kasteel in the Western Cape. 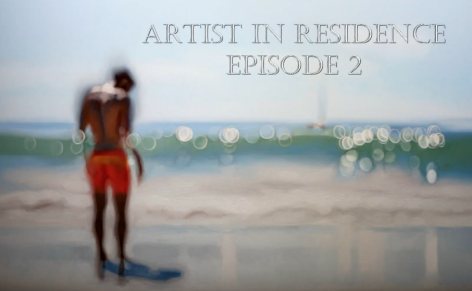 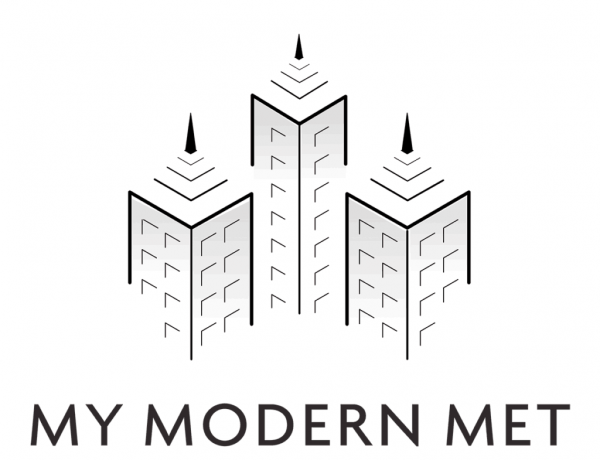 My Modern Met article about Philip Barlow's newest work. To read the article, click on the link below. Philip Barlow will have a solo exhibition at Galerie LeRoyer this summer.

Known for his trademark-style oil paintings that are never quite in focus, cape town-based artist philip barlow depicts a world in which figures and objects are seen solely for their interaction with light. in doing so, barlow illustrates scenes of beaches and cities that appear as if taken by camera, positioned outside the depth of field so that the lens only captures the sources of light or the areas in which it is reflected.

in barlow’s latest series, night, philip barlow depicts ‘out-of-focus’ scenes of cities overlaid with blurry orbs of confetti-like light. ‘the figures in the landscape serve as carriers and reflectors of the light that falls upon them,’ barlow states. ‘bathed in the luminosity, it is my hope that they would become more beautiful. To me, light is the ultimate subject because it embodies the pinnacle of all reality.’

Cape Town-based artist Philip Barlow paints abstracted depictions of the cityscapes at night, blurring the focus of street lamps and headlights the way our eyes or a photographer’s lens might when adjusting to a city’s bright, multi-colored lights. In this way, Barlow paints from perception rather than reality, showcasing the beautiful ways we process our daily surroundings. In the foreground, the paintings feature overlapping orbs of white, red, and blue light, which obscure blurred buildings, cars, and signs that occupy the dimly painted background.

“The figures in the landscape serve as carriers and reflectors of the light that falls upon them,” explains Barlow. “Bathed in the luminosity, it is my hope that they would become more beautiful. To me, light is the ultimate subject because it embodies the pinnacle of all reality.” 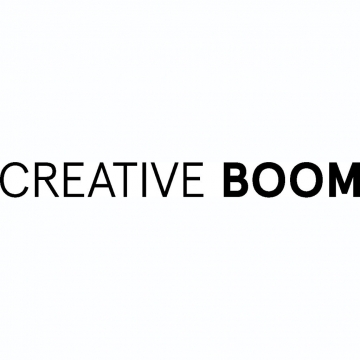 You might already be familiar with the beautiful work of Philip Barlow. His trademark-style oil paintings are never quite in focus, as though he has taken a photograph but forgotten to adjust the lens.

The South African artist usually gives us summer scenes from the beach or city. For his latest series, Night, he brings us seductive cityscapes that contained blurred lights, creating those appealing colourful spots that we might capture when the camera is struggling to focus in low light.

"Although I work within a long tradition of landscape painting," says Philip, "my depiction of the 'seen' landscape is simply a vehicle through which I navigate the territory of another nature. A landscape less ordinary; where the line between the physical and the spiritual realm has seemingly been removed. However, these scenarios are not intended to be of a surreal nature. Hopefully, they will seem curiously familiar and convincingly real." 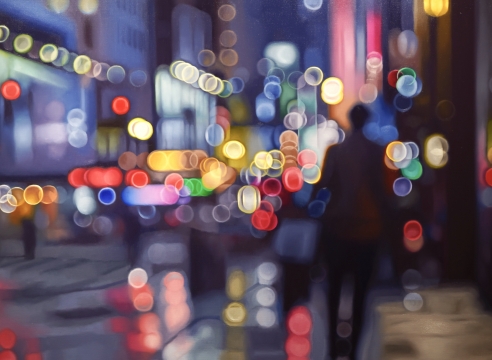